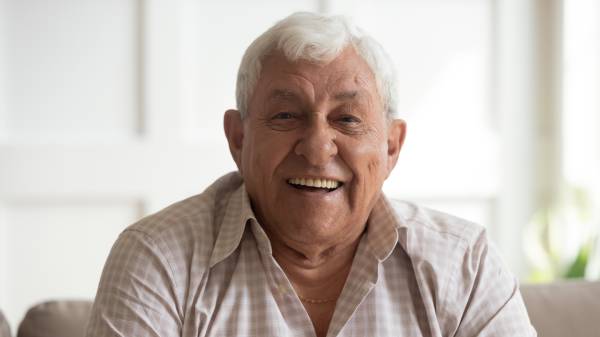 It wasn’t like talking to a bank manager at all. The whole conversation was so relaxed; there was no pressure.

Ten years ago I was due to retire. I heard people on the radio saying that people retiring should be investing in property, so I bought a house and rented it out. At that time the rent was paying the mortgage. But in 2008 we had the crash. Suddenly I had no tenant, and the mortgage went up. My civil service pension dropped by €50 a fortnight, then the USC came in and that was €100 a fortnight. Soon, I couldn’t pay the mortgage on the rental property. I began to run up credit card debt to pay for it and pretty quickly both the card and the bank debt built up. I was in a mess.

Our marriage began to be affected with the stress of it all. Every morning at 5.00am we were lying awake worrying. As time went on, my lump sum got smaller and smaller. The rental house we bought was near where we live; everytime we passed it, we felt sick. When I got letters in the post I threw them aside thinking they must be from the bank. I was too afraid to answer the phone. One time, I kept getting calls from a Dublin number.

They called me for 3 days solid. I ignored them all because I was sure it was the bank. When I eventually rang the number back it turned out I had won a competition prize worth hundreds of Euro. But because they had been unable to contact me they had given the prize to the next person. I had missed out on it because I had been afraid to answer the phone. That’s how much my life was affected. Soon after, I got a letter from the bank asking me to sign over the rental house.

I went to our solicitor who told me “If you sign the house over to them, they will sell the house and you will still owe them”. So instead, he suggested we meet a PIP. We were shaking in our boots before the first meeting. But talking to our PIP was like talking to a family friend. It wasn’t like talking to a bank manager at all. The whole conversation was so relaxed; there was no pressure. I came home from the meeting a happy man.

He said he would sort it out. I gave him my pension slips, my bills, everything and that was it. Once I got the protective certificate, I got no more calls from the bank. The PIP did all the work. He explained everything clearly and he kept me in the loop regularly about what was happening. When I heard the arrangement was passed, I cried. I could not believe it. The first thing we did was have a take away and a few beers that evening.

Ten years ago I had no mortgage. Now I have one. I think now that by buying the rental house I just walked into a trap. I’ve no debts now, just the normal bills and a mortgage on our family home. To be honest, I put this all down to our PIP. I had been speaking to the bank for 3 years.

After talking to our PIP for just half an hour, he was able to fix it, it was going to be sorted. You would think “What’s the catch?” but there is no catch. We are now out of debt. And speaking to the PIP was the answer.

Is a PIA right for me?

A PIA is a formal agreement with all your creditors that will write off some of your unsecured debt and restructure any remaining secured debt.